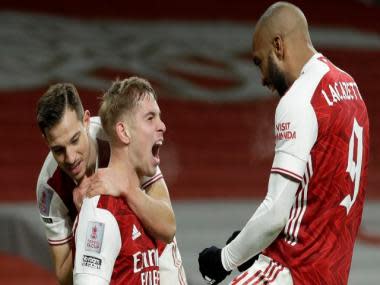 Arsenal youngster Emile Smith Rowe has signed a new long-term contract, the Premier League club announced on Thursday. The 20-year-old youth product, who joined the club at the age of nine, made 33 first-team appearances during a breakthrough campaign last season. The length of the new contract has not been made public but is reported in the English media as a five-year deal.