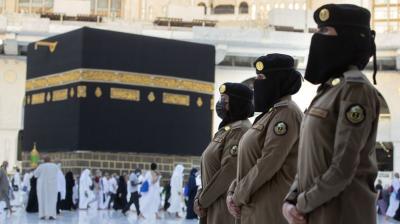 Mecca: In a significant stride towards women empowerment, dozens of female soldiers have become a part of the security services that monitor pilgrims in Mecca and Medina, the birthplaces of Islam. For the first time, Saudi female soldiers are standing guard in Mecca as thousands of Muslim pilgrims take part in this year's hajj, Deutsche Welle reported. People across Twitter hailed the feat.

Read more at
The Asian Age