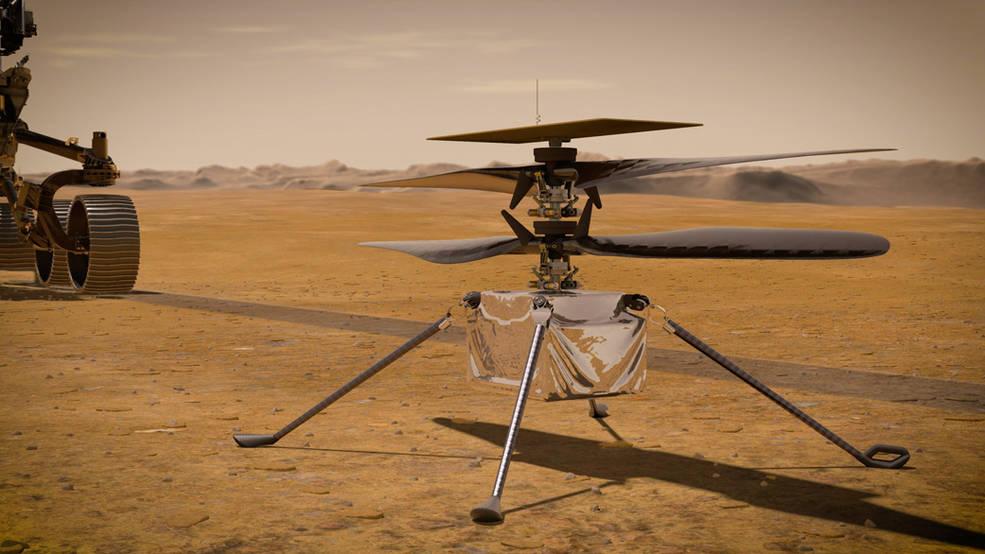 In a major boost to NASA's mission to the red planet, the Ingenuity Mars Helicopter—the first aircraft to attempt a controlled and powered atmospheric fight on another planet—successfully survived its first night on the Martian surface on 4th April, 2021. The 4-pound (1.8 kgs) rotorcraft was 'dropped off' at a chosen site on the Jezero Crater by the Perseverance rover on 3rd April.