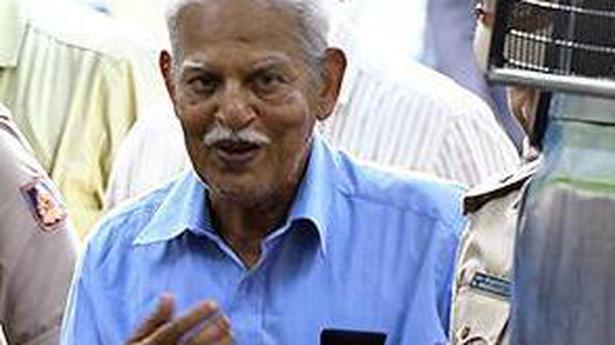 Mr. Rao, 82, and advocate Surendra Gadling were arrested by the Gadchiroli police in Maharashtra in February 2019 in connection with the case. Justice Swapna Joshi of the HC’s Nagpur Bench granted bail to Mr. Rao on similar grounds on which the Principal Bnch of the High Court on Feb. 22 granted bail to him in the Elgar Parishad-Maoist links case. Mr. Rao suffers from a host of ailments, including symptoms of dementia, as per his lawyers.