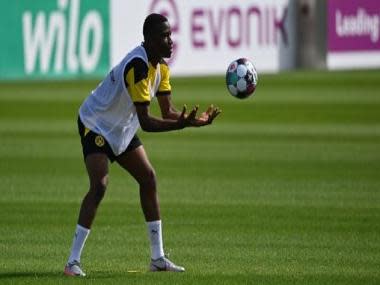 Berlin: Borussia Dortmund's 15-year-old star Youssoufa Moukoko was subjected to threats of violence and racist abuse during a local derby between the two clubs' junior sides on Sunday. Moukoko scored a hat-trick as Dortmund's under-19 side beat Schalke 3-2, but his brilliant display was overshadowed by racist abuse from spectators in Gelsenkirchen. In a clip from the German FA's livestream of the game, fans can be heard screaming threats and apparently racist comments at Moukoko after his second goal.