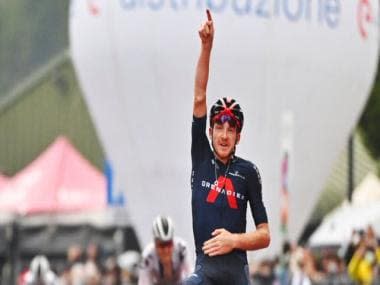 Piancavallo: Team Ineos' British rider Tao Geoghegan Hart soloed to victory in the 15th stage of the Giro d'Italia on Sunday after a tough climb to the summit of Piancavallo. With a week left to race, Portugal's Joao Almeida holds the overall leader's pink jersey which had been under threat after Dutch rival Wilco Kelderman finished the stage in second position.