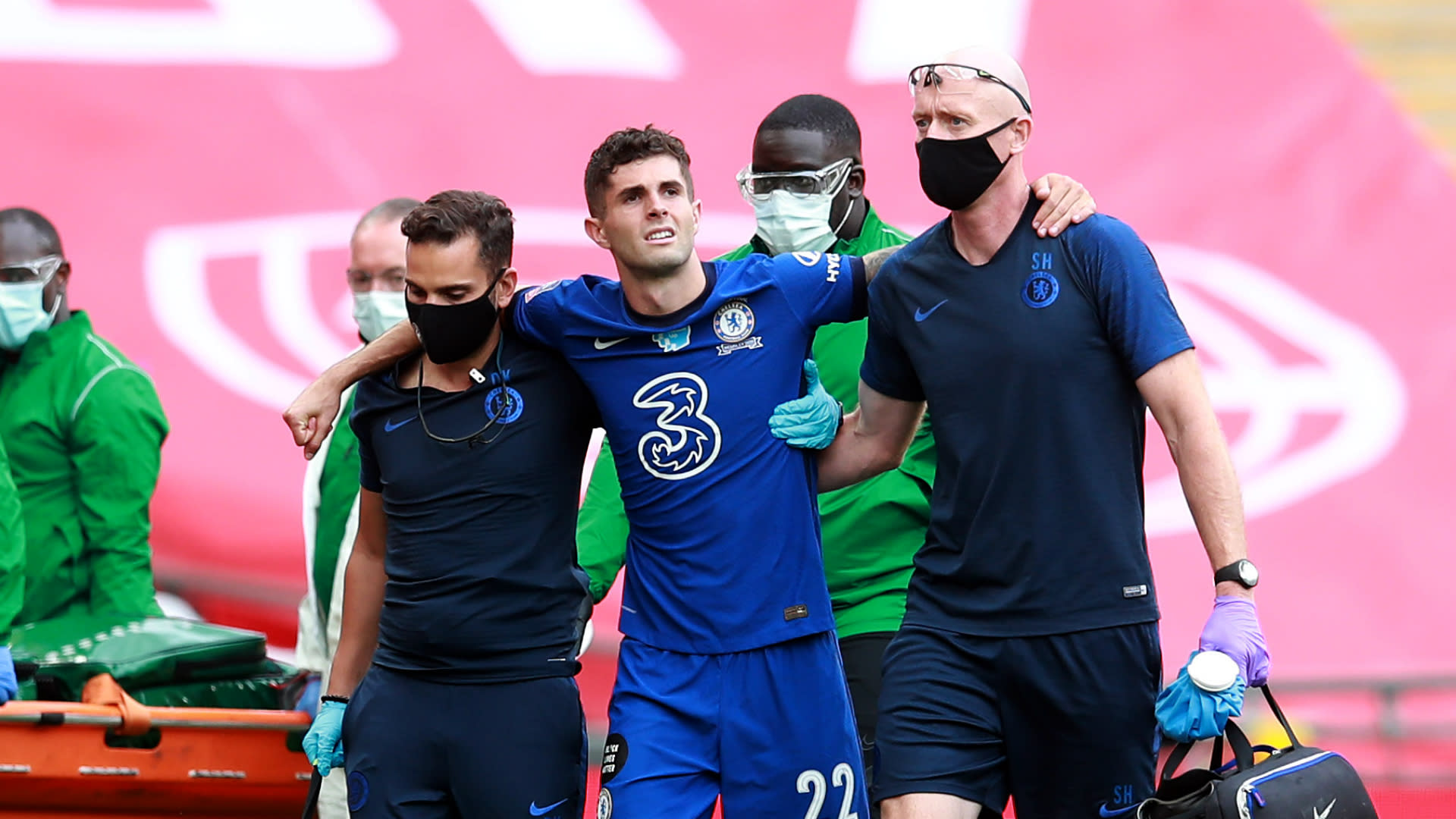 Christian Pulisic and Cesar Azpilicueta will miss Chelsea's Champions League clash with Bayern Munich after limping off in Saturday's 2-1 FA Cup final defeat to Arsenal. Pedro then suffered a suspected dislocated shoulder late on and Frank Lampard has ruled the trio out of next Saturday's last-16 second leg with Bayern, which Chelsea will start trailing 3-0 on aggregate. "I don't know the full extent of the injuries, but I know its the hamstrings with Azpi and Christian", he said at his post-match news conference.