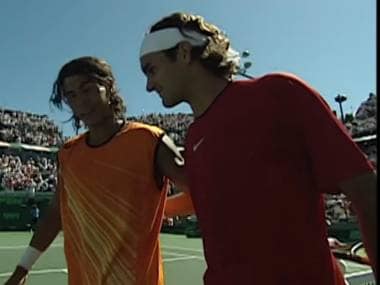 The Heist: First-ever Roger Federer vs Rafael Nadal final and other greatest escapes in tennis

He wasn't even pushed to five sets during those four titles and no one had been able to find a way to get past Rafa. Adding to the storyline, Nadal had beaten Soderling 6-1, 6-0 in the tuneup event in Rome. Following the shocker, Nadal gave credit to the Swede while also acknowledging that he didn't play his best.