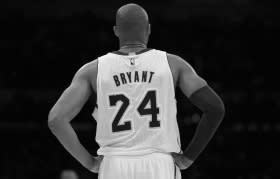 Five-time NBA champion Kobe Bryant, the Los Angeles Lakers legend who was killed last month in a helicopter crash, was among eight finalists named on Friday for 2020 induction to the Basketball Hall of Fame. Bryant, an 18-time NBA All-Star in his first year of eligibility, is considered a certainty to join the ranks of the sport's immortals by being enshrined at the honour shrine in Springfield, Massachusetts. Enshrinement will take place at ceremonies in Springfield from August 28-30.