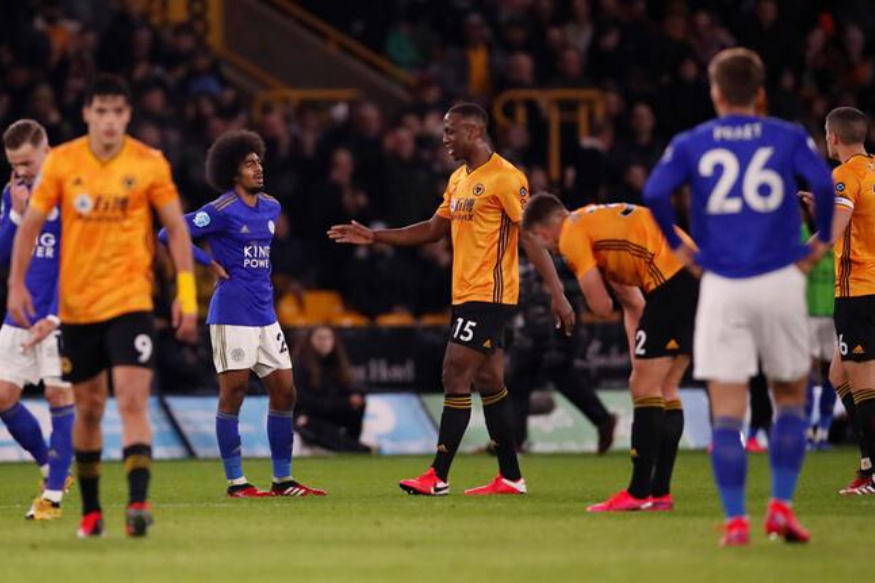 Wolverhampton Wanderers had a goal controversially ruled out by VAR as they were held to a 0-0 draw at home to Leicester City, who finished with 10 men, in the Premier League on Friday. The result leaves Leicester in third place on 50 points, a point behind Manchester City, while Wolves move up to seventh place on 36, five points off the Champions League places. Liverpool lead the standings on 73 points.