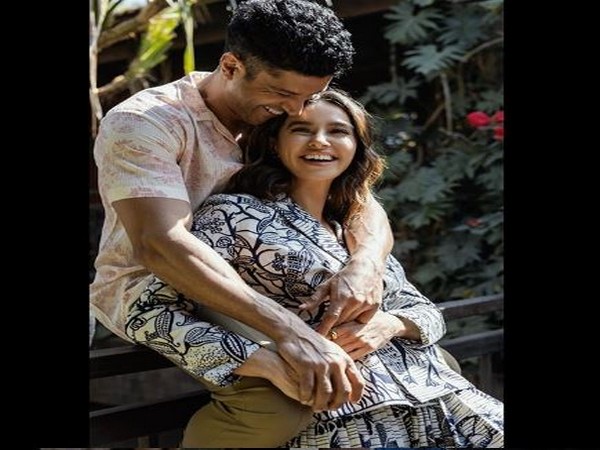 New Delhi [India], Jan 15 (ANI): Spilling love all over the Internet, actor Farhan Akhtar">Farhan Akhtar on Wednesday shared a heart-warming picture of himself with her girlfriend and singer Shibani Dandekar.The actor took to Instagram to share the picture in which he is seen sitting on a handrail wrapping Dandekar in his arms.The two were seen blushing in the picture, which Akhtar captioned: "When a picture says it all @shibanidandekar".On the work front, the 46-year-old actor was last seen in the critically acclaimed film 'The Sky is Pink' opposite Priyanka Chopra Jonas.Akhtar will next be seen in sports drama 'Toofan', which is set for release on October 2.The film, which narrates the story of a boxer, is produced by Ritesh Sidhwani, Farhan Akhtar">Farhan Akhtar and Rakeysh Omprakash Mehra, who is also directing the film.