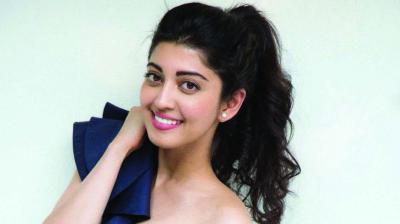 Pranitha Subhash to do Hungama 2

Priyadarshan has found the heroine of his new film Hungama 2. The master comedy filmmaker, who returns to Bollywood after a hiatus of seven years, has signed on Telugu and Tamil star Pranitha Subhash as the heroine opposite Meezan Jaffrey. "Pranitha has already signed a Bollywood film called Bhuj: The Pride Of India, which has been in the making for a while now, and it is also a multi star-cast film. But Priyadarshan is known to have a quick turnaround in the making of his films, and is expected to make and release Hungama 2 much before Bhuj, and hence this will be Pranitha’s Bollywood debut", says a source.

Read more at
The Asian Age