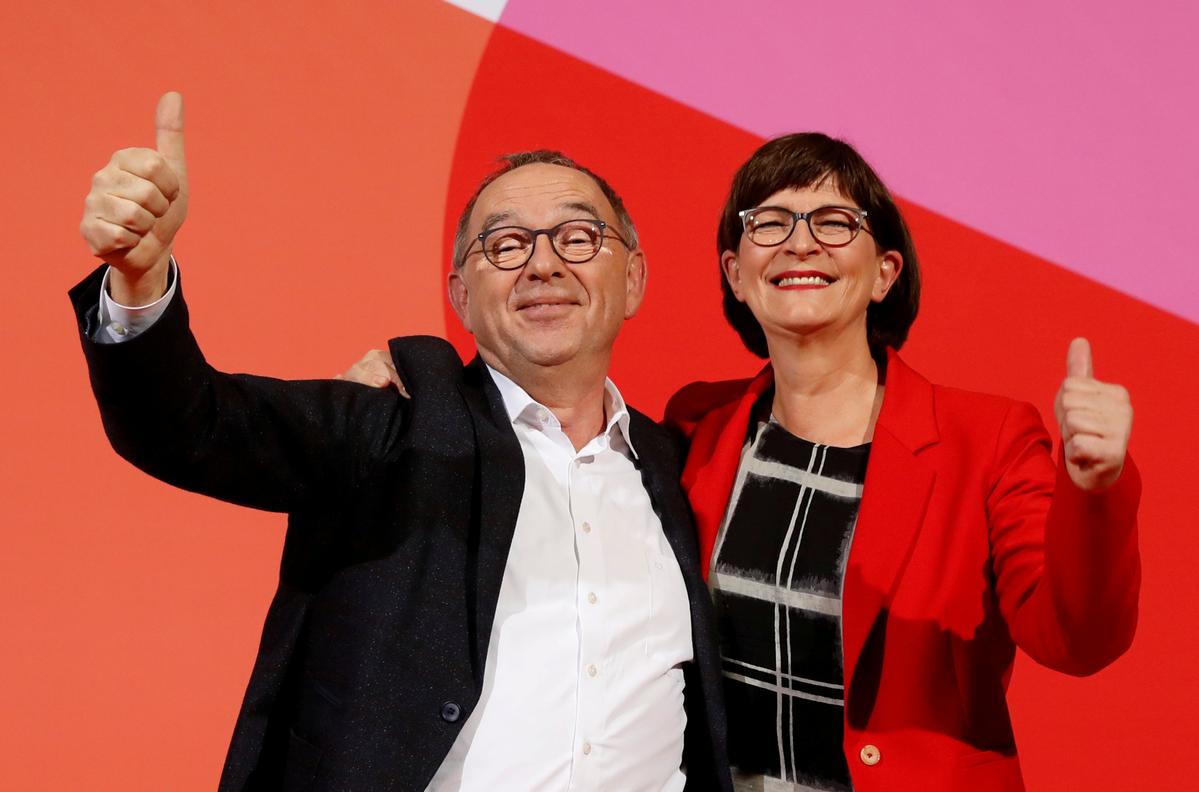 Norbert Walter-Borjans and Saskia Esken, leftist critics of the coalition with Merkel’s conservatives, won a vote for leadership of the SPD on Saturday, putting Europe’s largest economy at a political crossroads. But Esken and Walter-Borjans, interim SPD leader Malu Dreyer and Vice Chancellor Olaf Scholz agreed a wording on Tuesday for the motion that avoids setting tough conditions for staying in the coalition, three people familiar with the matter said.