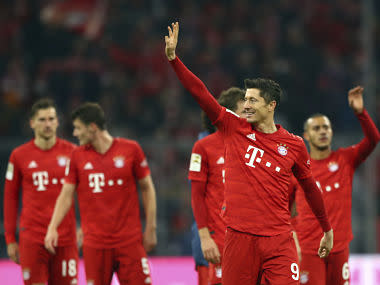 Munich: Managerless Bayern Munich thrashed Borussia Dortmund 4-0 in 'Der Klassiker' on Saturday as Robert Lewandowski continued his phenomenal scoring run with two goals at the Allianz Arena. Lewandowski's first-half header and 76th-minute tap-in mean he has scored in all of Bayern's Bundesliga and Champions League games this season for a tally of 23 goals. "After 10 minutes, we made it clear that we wanted to win", said Bayern forward Thomas Mueller.