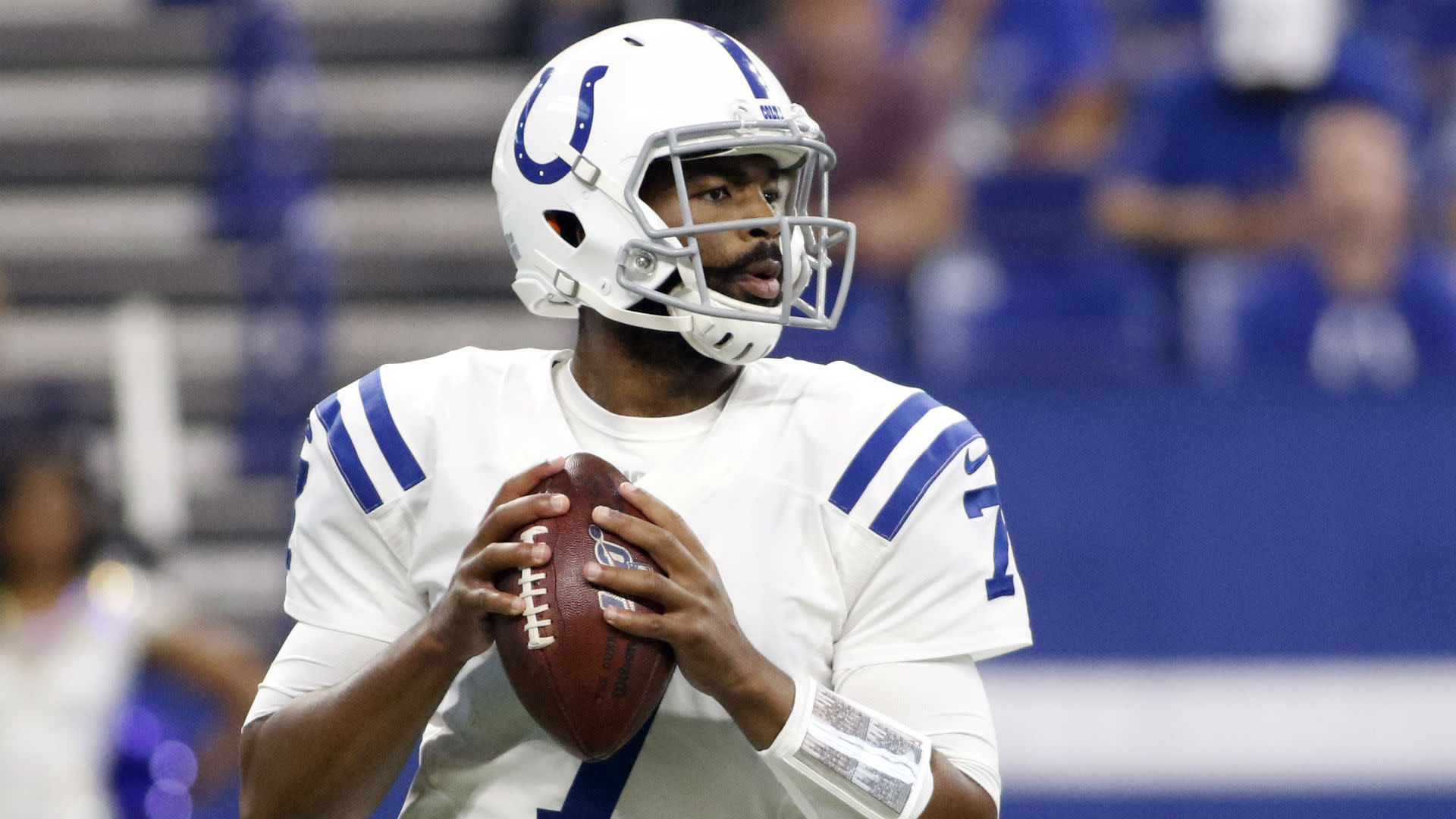 Jacoby Brissett has not recovered in time to play for the Indianapolis Colts against the Miami Dolphins on Sunday. The Indianapolis Colts will be without quarterback Jacoby Brissett against the Miami Dolphins after he was ruled out with a knee injury. Brissett has been the Colts' starter this year after Andrew Luck's unexpected retirement on the eve of the season, leading the team to second in the AFC South with a 5-3 record.