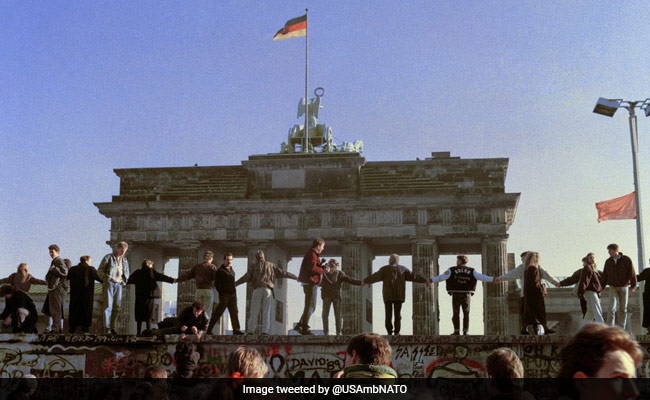 On Berlin Wall Anniversary, Germany Asks US To Reject "Egoism"

German President Frank-Walter Steinmeier urged the United States to be a "mutually respectful partner" and reject nationalism, in a clear salvo aimed at US leader Donald Trump as Germany on Saturday marked 30 years since the fall of the Berlin Wall. Recalling the United States' key role in helping to bring down the hated Wall separating communist East Germany from the capitalist West, Steinmeier said he still hears the late American president Ronald Reagan's cry of "tear down this wall" at the iconic Brandenburg Gate.