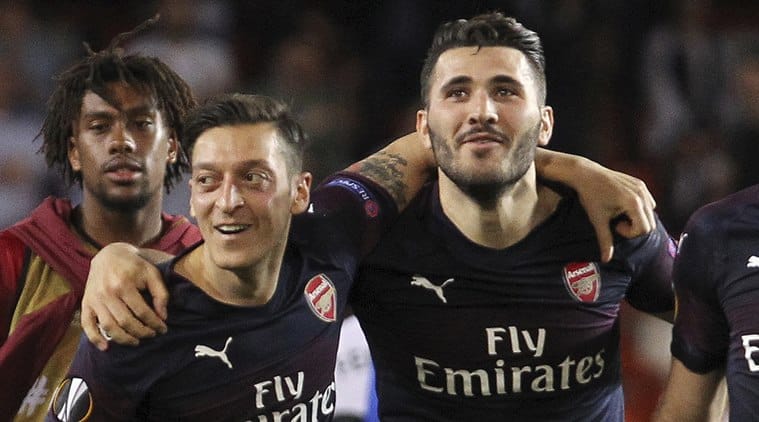 An armed mugger was jailed for 10 years on Friday after attempting to rob Arsenal soccer players Mesut Ozil and Sead Kolasinac of luxury watches worth 200,000 pounds ($255,000). Harrow Crown Court in London heard that Ashley Smith and his accomplice did not count on Bosnia defender Kolasinac fighting back. Ozil then drove the two players from the ambush as the would-be robbers pursued them on a stolen moped and threw stones, the court heard.