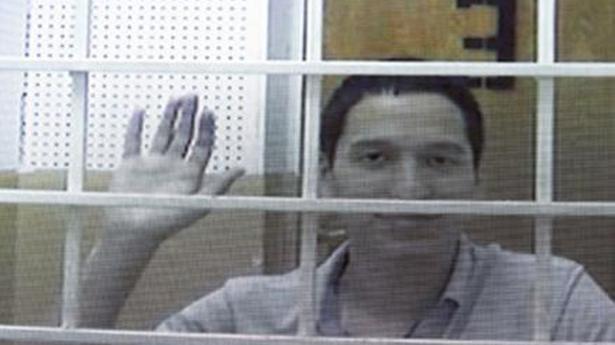 A Russian protester who faces up to five years in prison for throwing a plastic bottle at police said on Thursday he fled the country amid an unrelenting crackdown on the opposition. Aidar Gubaidulin, a 26-year-old programmer, was among more than a dozen people who were arrested following anti-government protests demanding fair elections this summer. He fled the country this week after realising he could soon be given a lengthy jail term, his lawyer Maxim Pashkov said.