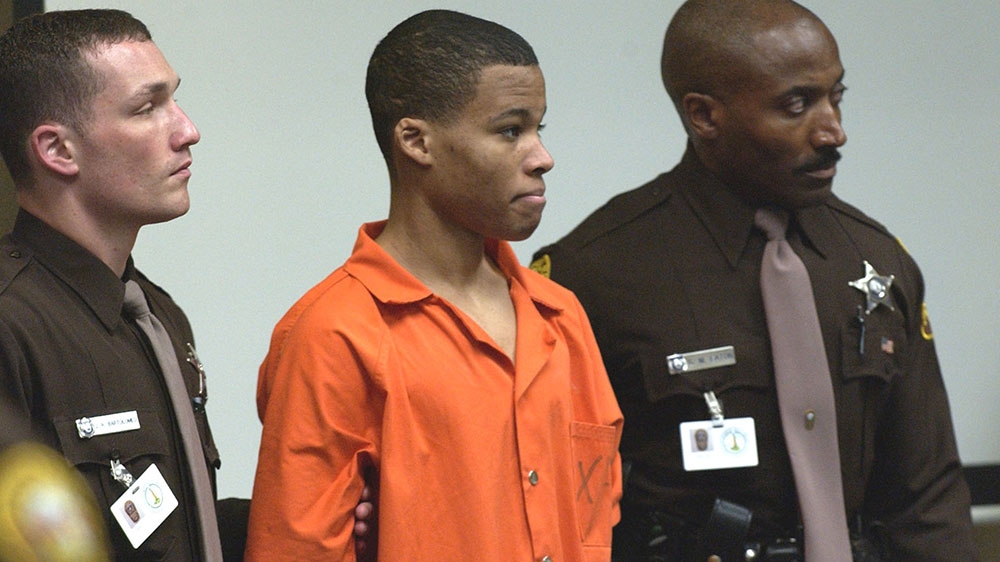 US Supreme Court justices on Wednesday questioned whether a lower court sufficiently considered that a man convicted in the deadly 2002 "DC Sniper" shooting spree in the Washington, DC, area was a minor at the time of the crimes when he was sentenced to life in prison. The nine justices heard arguments in an appeal by the state of Virginia objecting to the lower court's decision ordering that Lee Boyd Malvo's sentence of life in prison without parole be thrown out. Malvo, now 34, was 17 during the shootings in which 10 people were killed.