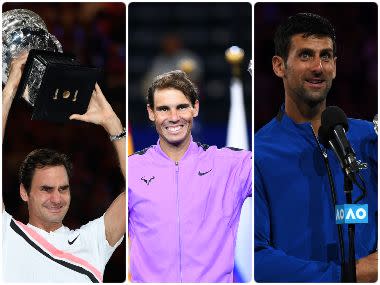 A decade in numbers: The extraordinary Grand Slam dominance of Novak Djokovic, Rafael Nadal, Roger Federer over the past 10 years

As Daniil Medvedev's serve return landed long, Rafael Nadal went down in a heap having clinched his 19th Grand Slam title and his fourth at US Open. Thus ended a decade of Grand Slam tennis on the ATP Tour with Nadal getting one title closer to Roger Federer's 20. A decade that began with Federer beating Andy Murray in straight sets to win the Australian Open finishes with one of his closest rivals and a person who he shares great relationship with inching closer to his all-time record.