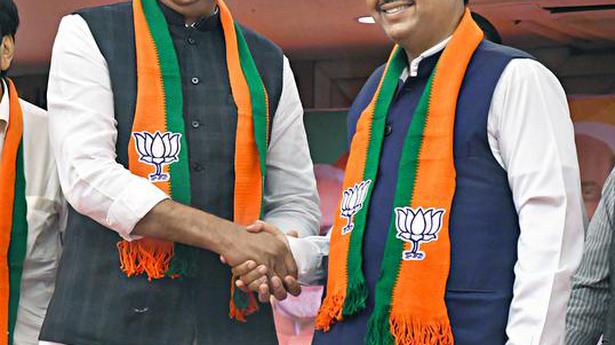 Welcome aboard: Chief Minister Devendra Fadnavis greets Congress leader Harshavardhan Patil after the latter joined the BJP in Mumbai on Wednesday. On Wednesday, former Cabinet minister and Congress leader Harshavardhan Patil and Navi Mumbai strongman Ganesh Naik (NCP) joined the BJP in the presence of Chief Minister Devendra Fadnavis. Announcing their exit from their parent parties, the two leaders said they believed that the problems of voters in their constituencies could only be solved by a BJP government at the Centre.