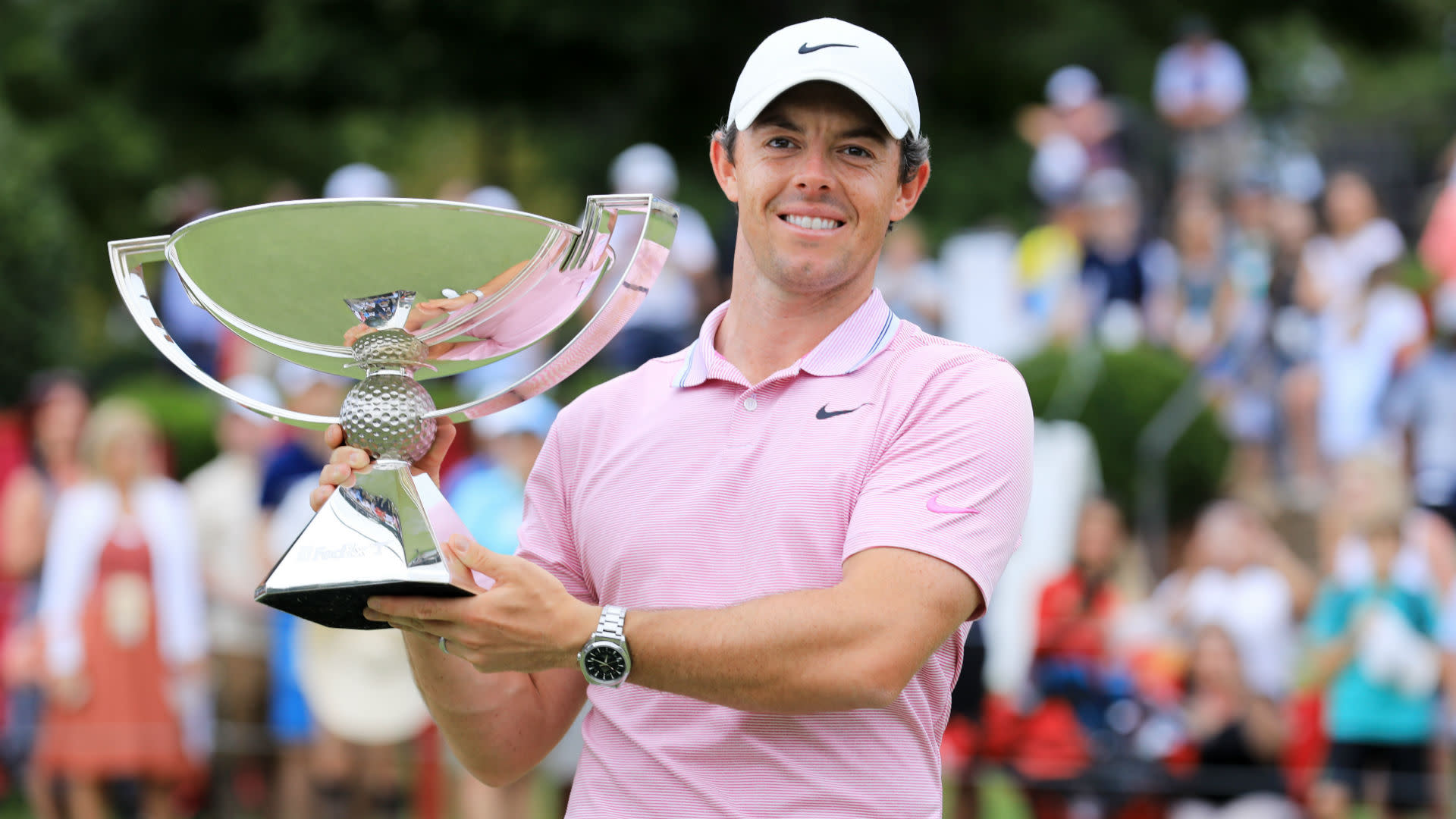 FedEx Cup champion Rory McIlroy has been named the PGA Tour player of the year for a third time - and it gave him "goosebumps" to be told by Jack Nicklaus. The 30-year-old Northern Irishman last month won the Tour Championship.to seal a second FedEx Cup triumph, earning a $15million windfall. McIlroy has landed three PGA Tour titles - a tally matched only by Brooks Koepka - and finished in the top 10 on 14 occasions in a consistent season.