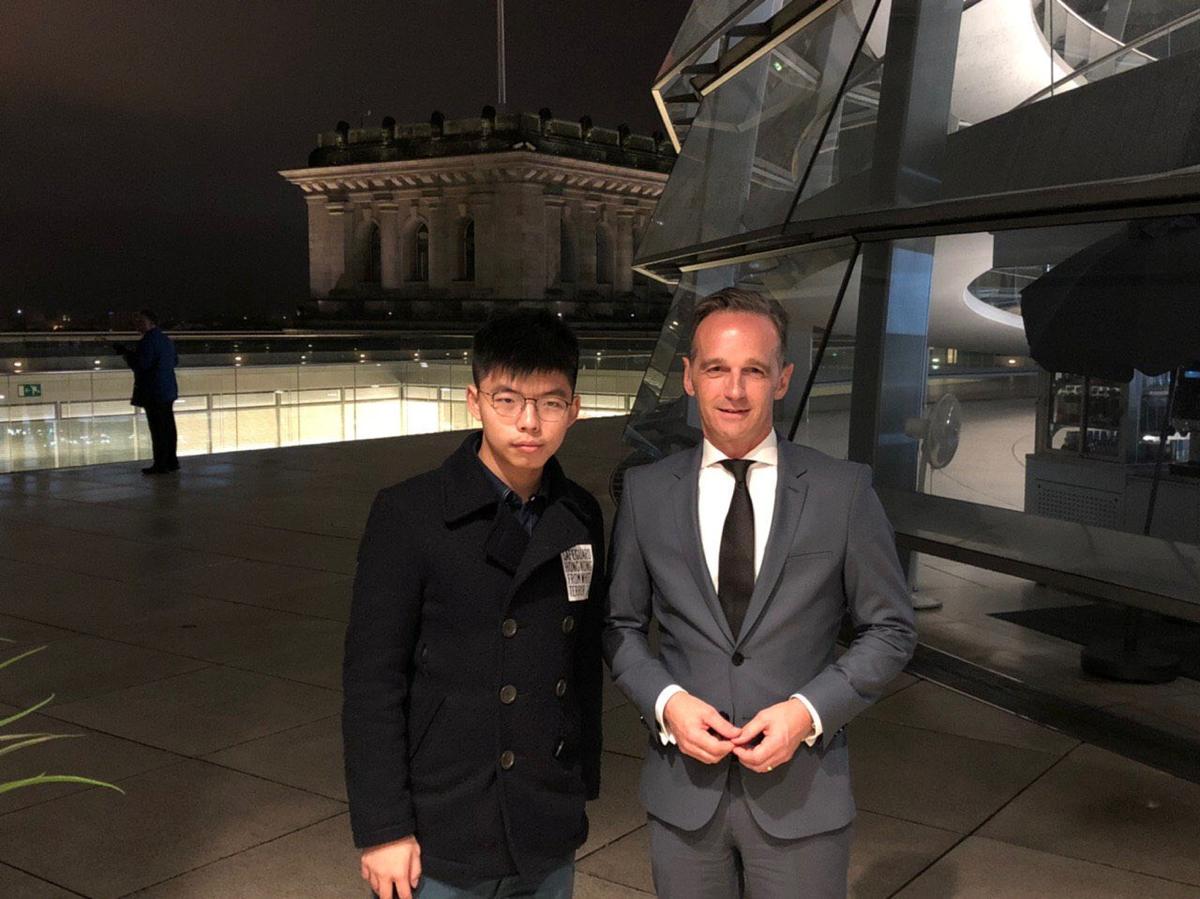 BERLIN (Reuters) - A meeting between Germany’s foreign minister and Hong Kong activist Joshua Wong will damage its relations with China, Beijing’s ambassador to Berlin said on Wednesday in an unusually direct verbal attack on an important trade partner. The ambassador added that the Foreign Ministry in Beijing had summoned the German ambassador in protest at the meeting. At a time when Hong Kong is being rocked by protests, pro-democracy activist Wong arrived in Berlin on Monday night and German Foreign Minister Heiko Maas received him.