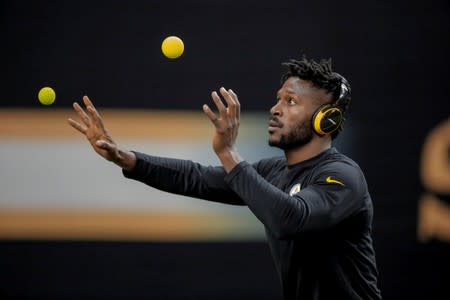 (Reuters) - Newly signed New England Patriots player Antonio Brown has been accused of rape and sexual assault by his former personal trainer in a federal lawsuit filed in Florida, a claim the athlete denied in a statement issued by his lawyer. In a civil lawsuit filed in U.S. District Court in Southern Florida late on Tuesday, the trainer, Britney Taylor, said Brown raped her at his Miami home in May 2018. That incident followed one in June 2017, when he forcibly kissed and sexually assaulted her at his Pittsburgh-area home.