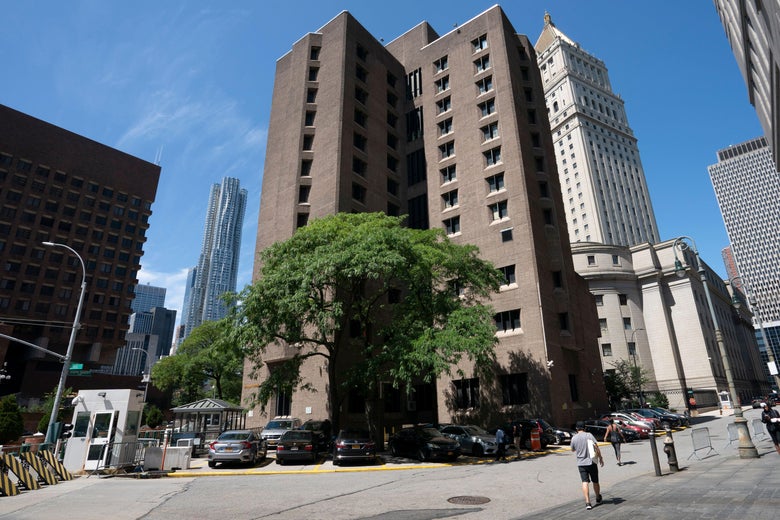 Two guards at the Manhattan jail where Jeffrey Epstein was being held when he died over the weekend by apparent suicide have been placed on administrative leave after a preliminary investigation found that they had not checked on the disgraced financier for hours before his death. The two employees of the Metropolitan Correctional Center were required to check on Epstein, who stood accused of decades of sex crimes, every 30 minutes, but failed to visit Epstein’s cell in the special housing unit for as long as three hours, the New York Times reports, and then falsified log records to cover up this lapse.