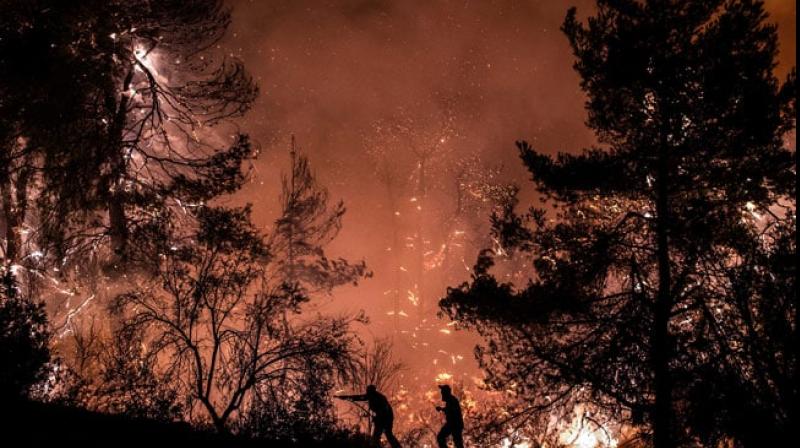 Makrymalli: Firefighters on the Greek island of Evia were still battling Wednesday to contain a fire that has caused massive damage to a pristine mountain wildlife habitat after threatening four communities. The fire that broke out in the early hours of Tuesday on Greece's second-largest island prompted the evacuation of the villages of Kontodespoti, Makrymalli, Stavros and Platana, and threatened the town of Psachna during the night, officials said.